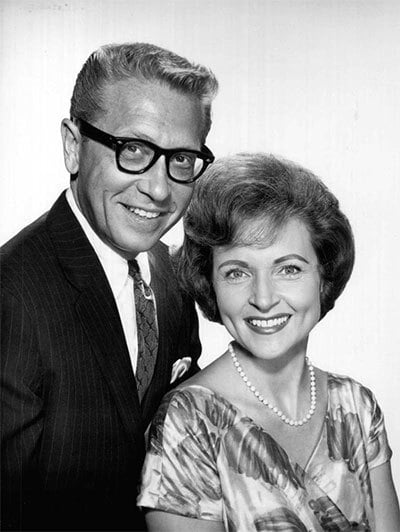 Photo of Allen Ludden and Betty White in 1963

This week, America mourns the death of its favorite Golden Girl: Betty White passed away on New Year’s Eve, just two weeks before her 100th birthday. While best known for her seven decade-long career in Hollywood, the eight time Emmy-winning actress was greatly influenced by military service, including her marriage to Allen Ludden, a Bronze Star medal recipient and celebrity game show host and volunteering to support the troops in World War II.

Following her death, the US Army tweeted, “We are saddened by the passing of Betty White. Not only was she an amazing actress, she also served during WWII as a member of the American Women's Voluntary Services. A true legend on and off the screen.”

White created iconic roles in television favorites like “The Golden Girls” and “The Mary Tyler Moore Show.” She’s made countless appearances on major shows like “The Carol Burnett Show,” “Boston Legal,” and popular game shows. She won the Guinness World Record for working longer in television than anyone else, as well as three Screen Actors Guild Awards and a star on the Hollywood Walk of Fame.

Betty Marion White was born on January 17, 1922 in Oak Park, IL and her family moved to Los Angeles during the Great Depression. She began her professional career soon after graduating high school and initially worked in modeling. Just before her 20th birthday when the war erupted, she put her budding career on hold to volunteer for the American Women's Voluntary Services, the largest American women's service organization in the United States during World War II.

"It was a strange time and out of balance with everything," White told Cleveland Magazine in 2010, "which I'm sure the young people are going through now."

Her assignment was to drive a PX truck with supplies to Hollywood Hills and attend events for the troops before they were deployed. During her volunteer time, she met her first husband, United States Army Air Forces aircraft pilot Dick Barker. They were married in 1945, but the marriage lasted only eight months. She returned to California and married Hollywood talent agent Lane Allen two years later. But that marriage ended after only two years. 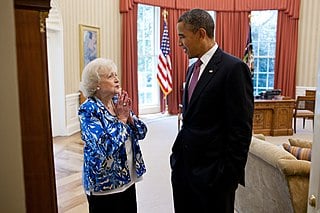 “I've had two bad marriages, and I don't like to think of them as good mistakes. They were traumatizing to go through. You really feel like a failure when your marriage doesn't work. But they did make me appreciate it when the perfect one came along,” she told Newsweek in 2011.

Her third and last husband was Allen Ludden, a decorated WWII veteran and well known game show host. They met when she was a guest on his show “Password” in 1961. Married for 18 years, she called him, “the love of her life.” Ludden served as a United States Army officer in charge of entertainment in the Pacific theater. He was discharged with the rank of captain in 1946. While he and White had many happy years together, he died of stomach cancer in 1981.

When asked if she considered remarrying in the decades since she lost Allen, she told Larry King, "Once you'd had the best, who needs the rest?”

Her agent said, "I don't think Betty ever feared passing, because she always wanted to be with her most beloved husband Allen Ludden. She believed she would be with him again."

White passed away in her sleep at her home in California December 31, 2021. Her final word was “Allen.” 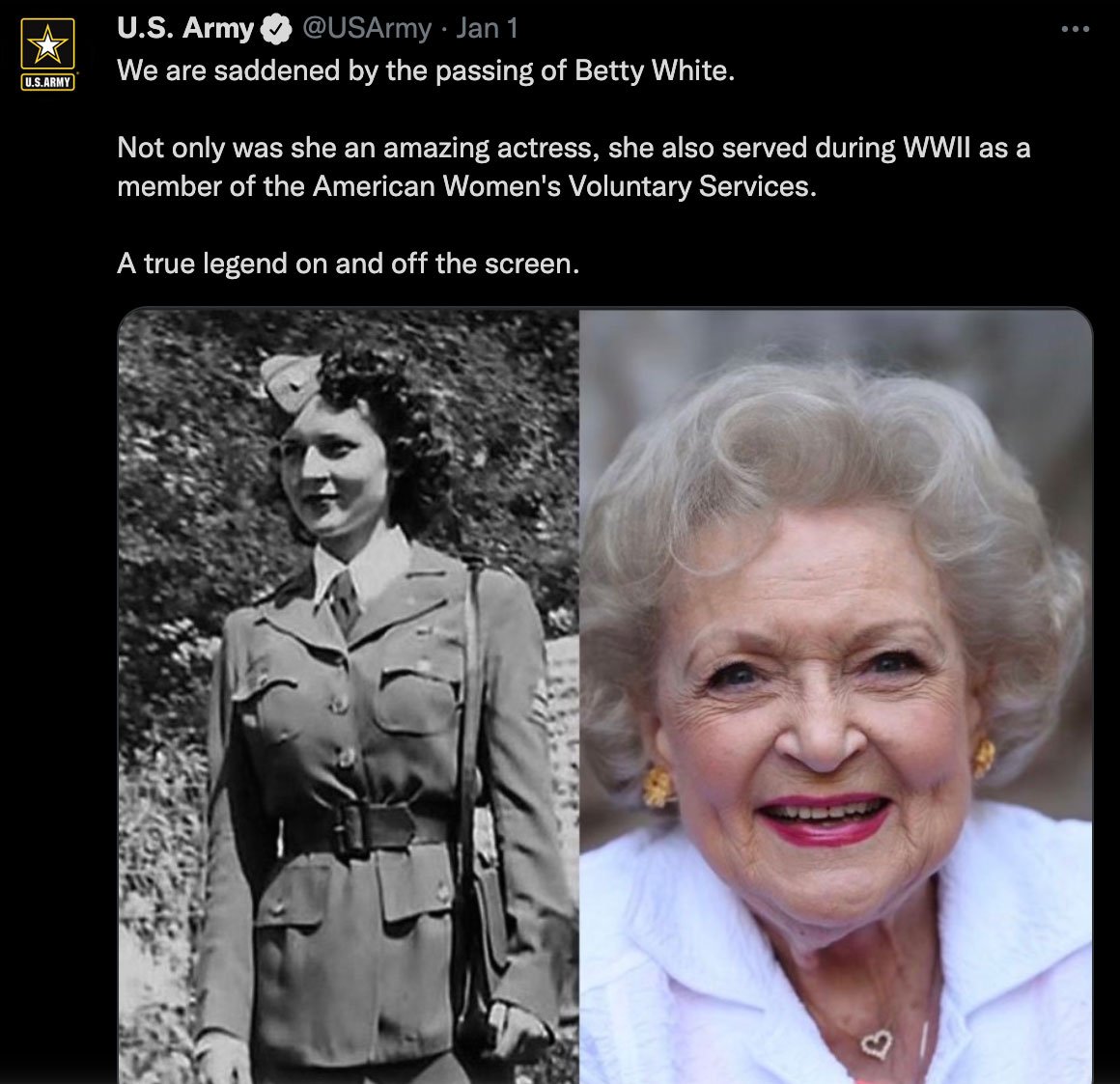