Entrepreneur Matt Meeker is a digital pioneer and Navy veteran.  He is currently Co-Founder and Chief Executive Officer of BARK, the company behind BarkBox, its famous subscription service that makes over 650,000 dogs happy each month with a box shipped full of innovative toys and treats, and Super Chewer, a similar subscription concept for super chewing dogs that includes super durable toys and American-made treats.

Every month BARK curates both BarkBox and Super Chewer to the dog’s size and a fun theme, with innovative toys, all-natural treats and a chew all aligned to that theme.

Matt's company supplies BARK dog products direct to customers with its subscription services as well as to leading retailers like Target and Urban Outfitters.  Through his company's mission of making all dogs healthy, happy, and safe, Matt is also giving back by donating 10% of his profits to dog shelters and rescue organization in the U.S. and Canada.

Over the past 20 years, Meeker has founded, led, and sold successful digital businesses. Like many who succeed in business, it was not easy in the beginning and military service was not "in the plan," as he led a mischievous childhood and struggled as a college freshman.

Thankfully, a friend who joined the Navy inspired him. "I don't have much direction, and this is a good organization, and you have to do something," Meeker recalls telling himself, "and then the usual appeals came about the Navy, that it can help you pay for college down the road."

Meeker grew up in Mason City, Iowa, in what he describes as a pretty typical American Midwest town of about 25,000, a couple of hours drive from Des Moines, the state capital. Both his grandfathers had served, one in the Marines and one in the Navy.

Meeker's upbringing, which included constant exposure to pets, definitely planted the seeds for his success. Dad, who could not serve in the military for medical reasons, was entrepreneurial and served as the CFO of a newspaper company. Today, father and son work together as Matt's father is on his finance team at BARK.

Meeker excelled in two areas during his midwest upbringing, athletics, where he became a nationally ranked racquetball player, and mischief, although never in a harmful or hurtful way.

Then the Navy started to change things right away.

"The most interesting for me was boot camp, and then 'A school' for technical training at Keesler Air Force base in Biloxi, Miss.," said Meeker, whose MOS covered technical weather observations. Later in San Diego, Meeker was deployed on the USS Theodore Roosevelt in the Adriatic Sea to support flight operations in Bosnia in the mid-1990s. It was "pretty up close and personal to a war operation,” he said.

This military lifestyle gave him the required discipline for a fresh start with his studies. "When you are on, you are on, and when you are not, there is not a lot to do," said Meeker. That allowed him to find enough downtime to "power through" two years of college credits while in the Navy and gave him confidence that he could transition to civilian life and get 4.0s in college.

Then he enrolled in the University of Minnesota after service, and that's precisely what happened. Scoring 4.0 grades, he graduated with a marketing degree.

Soon after graduation, while juggling two years of reserve duty in Pennsylvania, Meeker moved to New York City in 1998 during the height of the first internet boom, he joined digital ad agency, iTraffic, where he cut his teeth with online retail units of Staples, Disney, Capital One, and Nokia.

Then he helped start Meetup in 2001, the in-person social networking service which still thrives today with over 35 million users. He also was co-founder and CEO of a social networking site for families with newborns, Wee Web, which later merged with Freshman Fund, a college savings gift registry.

MeetUp was sold to WeWork two years ago for $200 million. SoftBank is a major investor in WeWork today. 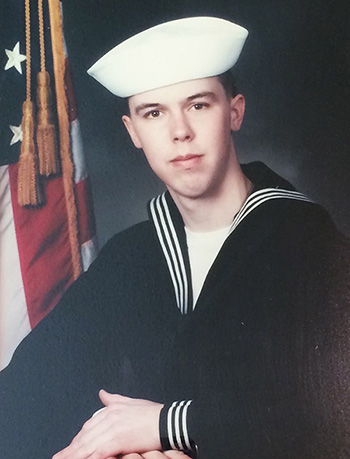 Matt became the "entrepreneur in residence" at Polaris Venture's Dogpatch Labs after he left Meetup, where he nurtured entrepreneurs and startup founders. He currently serves as a Venture Partner at Resolute VC. He has also personally invested in a number of companies. Meeker also remains active organizing N.Y. Tech Meetup events in the New York City area. He is an integral participant in the New York startup community, acting as a board member or advisor to multiple early-stage companies.

Nowadays, he enjoys life with his Great Dane Hugo and is grateful for his parents, family, and grandparents, who have inspired him along the way. A keen observer of Amazon's Jeff Bezos and Walt Disney, Meeker credits both with "seeing the future and taking big swings with conviction in your vision."

The exposure to successful companies has given him the perspective to appreciate what his fellow veterans bring to the workplace. "From a work perspective, you often know what you are getting. Hard working, disciplined, self-starting, also very organized. And more so than others, a broader world view, because they have seen a lot more out there. That's valuable."

Continually innovating, Meeker's BARK has recently launched a real presence in the physical world.  Its first BarkPark, a high-end dog park in Nashville, is "an outdoor clubhouse for dogs and their people."  BarkBox was recently a finalist in retail and e-commerce for the 7th Annual Shorty Awards, that recognized BarkBox's innovative use of its social media channels, including its Facebook.com/barkbox that talks to the audience as if they were dogs themselves.

"The whole point is making dogs happy and bringing a lot of joy in their lives," said Meeker. His dedicates his time to keeping his own Great Dane happy while staying fit running and entertained while rooting for his hometown New York Yankees.