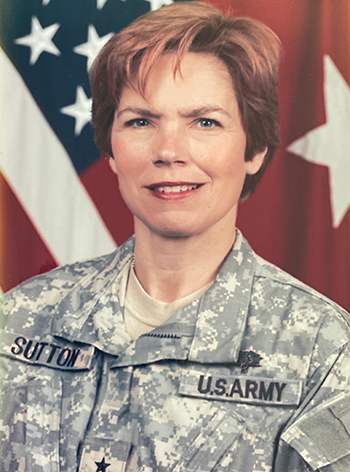 Editor’s Note: The purpose of Women's History Month in March is to increase consciousness and knowledge of women's history: to take one month of the year to remember the contributions of notable and ordinary women, in hopes that the day will soon come when it's impossible to teach or learn history without remembering these contributions.

If Brigadier General Loree K. Sutton wins the race for New York City Mayor this year, she'll make history as NYC’s first woman mayor. But NYC’s former Commissioner of Veterans' Affairs believes it's her 30 years of service as a psychiatrist in the Army that sets her apart – not that she's a woman.

"After all, New York City has never had a General or a psychiatrist as Mayor," she laughs in an exclusive interview with Veterans Advantage. "For 30 years, I had developed an identity of being a physician and Army officer who happened to be a woman. My role models in leadership were always those kinds of leaders who did not dissect various aspects of one's racial, gender, religious, or ethnic makeup, but had a holistic view of who we are as people and led on that basis."

During her service, Sutton was awarded a Bronze Star, became the founding director of the Defense Centers of Excellence for Psychological Health and Traumatic Brain Injury (DCoE), and was named the Army's highest-ranking psychiatrist before retiring in 2010. She was appointed Commissioner of the Mayor's Office of Veterans' Affairs by Mayor de Blasio in 2014.

Now she's running as a Democrat in the Big Apple's 110th mayoral race. The experience leading in such a diverse organization as the U.S. military parallels the skills needed to take the helm of a city like New York, a mosaic of peoples and cultures from all walks of life.

"It is important to listen to voices from across the spectrum and to understand the many different positions people hold," she explains, emphasizing that transparency and accountability are essential factors. People I talk to are tired of being pitted against each other. They want someone who can unify across differences. They're looking for firm and compassionate leadership by someone who is also highly competent, confident, and who knows how to operationalize good ideas.

A Childhood Sets the Tone for the Future
Sutton has always sought to unify people synergistically, even as a rambunctious child coming of age in the 1970s in southern California, during the end of the Vietnam War. Her father was a missionary’s son who traveled extensively and became deeply involved in politics, and later served as an Army journalist in Korea. Her mother was a cardiac nurse who helped to teach open heart surgery in Pakistan when the procedure was just emerging. The influence of both parents on her curiosities and experiences is undeniable.

"We had rousing discussions growing up, which was a lot of fun and contributed to both my interest and involvement in the world of medicine and the world of politics. I maintained this patriotism, this fervor that I felt deep inside while being very much affected by the unrest and protest movements going on," she explains. Her patriotism led her to go so far as to choose red white and blue foil wallpaper to decorate her room in her hometown of Loma Linda.

She remembers the first time she had to take a political stance. At age 14, she wore a POW-MIA bracelet honoring an American pilot who was shot down over Vietnam. Her Church-run school decided to crack down on the dress code, demanding students remove all jewelry. Even though Sutton was in the student government and never got in trouble, she refused to take it off.

"I informed them that in my view, this was not jewelry. This was a symbol of the sacrifice that men and women were making on behalf of our country in Vietnam," she said.

"If there's something that happens that crosses who I am as a person, that violates my sense of what's right and what's wrong, I will speak truth to power without flinching." Though she ended up in the principal's office, the school eventually backed down. She is thankful she had the support of her parents in that pivotal moment that built a template for how she would advocate for her beliefs.

Another early influence was an Army medic whose wife worked in Sutton’s grandfather's doctor's office. Desmond Doss saved over 75 American soldiers in Okinawa and was both a Medal of Honor recipient and a conscientious objector. The film "Hacksaw Ridge" captured his experiences, played by Andrew Garfield. Doss became a close family friend, sharing his war stories with a young Sutton at the dinner table.

"He started in just as though it were the first time he told the stories. I learned so much from him," Sutton said.

The “Enormous Privilege” of Serving New York City and its Veterans

She is extraordinarily proud of all that she accomplished as Commissioner in five years, starting with a small Mayoral office (MOVA) and a staff of four to the establishment of the first municipal agency devoted to veterans and a staff of forty-five (DVS). The Department of Veterans’ Services is a robust agency that is now a model that cities all over the United States are emulating.

"Both [DeBlasio] and his wife really wanted to appoint a Commissioner who could make things different for today's military and veteran families. By that, I was the perfect selection given my 30 years as a large-systems change agent and psychiatrist in the Army. It was a good fit, and I'll forever be both grateful to the Mayor for investing in my leadership as well as for the enormous privilege of serving in the city over these last five years."

Sutton recognizes that many issues facing veterans are also issues for all New Yorkers. In her work as Commissioner, she faced policy issues in every significant area including employment, education, homelessness, social and legal services. 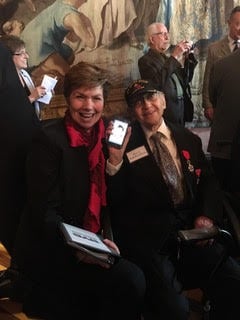 She describes the Department of Veterans’ Services as "a laboratory where we could take on the most vexing challenges facing the city, and by setting up the systems, programs, policies, and partnerships that work for veterans and their families, you not only unite the entire political spectrum but you're in a position to apply those innovations more broadly for the greater good."

As she embarks on a campaign to become the next Mayor of New York City, Sutton stands solidly on a platform that builds on her proven national and international leadership. Sutton looks forward to the opportunity to continue to bring her vast experience leading in the most powerful institution in the world, the United States Military, to the center of New York City as the head of the City as a unifier, passionate pragmatist and the organization of a General.
Sutton has lived with her wife in New York City since 2013