To celebrate the U.S. Navy's 240th birthday this month, we're doing a TopVet roundup of some famous Navy veterans. We've profiled these three incredible Navy sailors before, but on such a momentous day, we couldn't resist reminding readers how influential and inspiring these individuals are, and how their days at sea shaped both their careers and lives. And if three profiles just aren't enough, you'll be sure to enjoy our TopVet archive – a database of stories, images and inspiration for all things military.

I think the military has to be part of society. We need to realize that we are not isolated individuals; we are parts of our communities. We have children, we have normal lives.
~  Charles R. Larson (1936-2014) 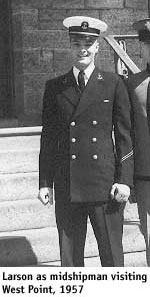 Larson was no stranger to U.S. Navy prestige. As a special naval aide to President Nixon, Larson was the "Black Bag Man," meaning he carried nuclear codes in a black briefcase and was responsible for emergency relocation and evacuation of the president in the event of nuclear war. From 1983 to 1986, Larson served as superintendent of the U.S. Naval Academy. Later, Larson served as chairman of the board of they U.S. Naval Academy Foundation and was on the Northrop Grumman Corporation's board of directors. To learn more about Larson's naval service and philanthropy, read our TopVet interview, available here and online in our TopVet archive.

You are doing things that matter. They can be life and death situations, and they are certainly important. And you must learn early on the meaning of delivering your commitments, doing what you say.
~ Lowell McAdam 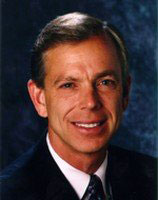 CEO of Verizon Communications and a member of the Navy's Engineer Corps, McAdam entered the U.S. military after becoming inspired by his brother's naval service and the desire to work as an engineer. While the Navy prepared McAdam for a variety of experiences – testing both his technical learning and his leadership ability – it also allowed him to design and execute a range of strategic projects. These projects would later inform McAdam when he became the CEO of Verizon Communications on August 1, 2011, taking on 86 million customers and producing $50 billion in revenue. To learn more about how U.S. Navy experience prepared McAdam for his career, read our exclusive TopVet interview, available here and online in our TopVet archive.

When I was aboard ship, I told myself it would be a great experience to learn about practical leadership and administrative skills. I believed then that I wouldn't really feel the benefits immediately but rather when I reached my 40s. [That's] absolutely true. ~ Chuck Widger 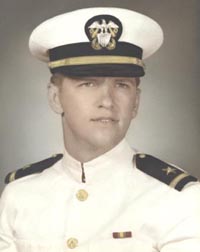 In college, Widger was a typical student – he studied history, played soccer and made friends. But Widger was perhaps atypical in his drive and later success, embarking on a naval career that would eventually lead to his becoming a prominent money manager. In college, Widger enlisted in the Navy, describing his decision as an "honorable" – especially for a young man who grew up in the shadow of World War II and embraced the sense of patriotism associated with it. In the Navy, Widger was assigned to a guided missile destroyer and learned what he describes as valuable lessons, the most important of which was responsibility. After the Navy, Widger continued employing his newfound responsibility, founding Brinker Capital. Today, the company manages over $3 billion in assets. To learn more about Widger, his naval experience and financial endeavors, read our TopVet interview, available here and online in our TopVet archive.