“What can we do to help you help yourself to reach your fullest potential and do the things that you want in life?”

That’s the core question driving the work of the newly appointed Commissioner of New York City Department of Veterans’ Services James Hendon. The Miami-native took over the role at the end of 2019 and aims to enable purpose-driven lives for the 210,000 veterans residing in the Big Apple. 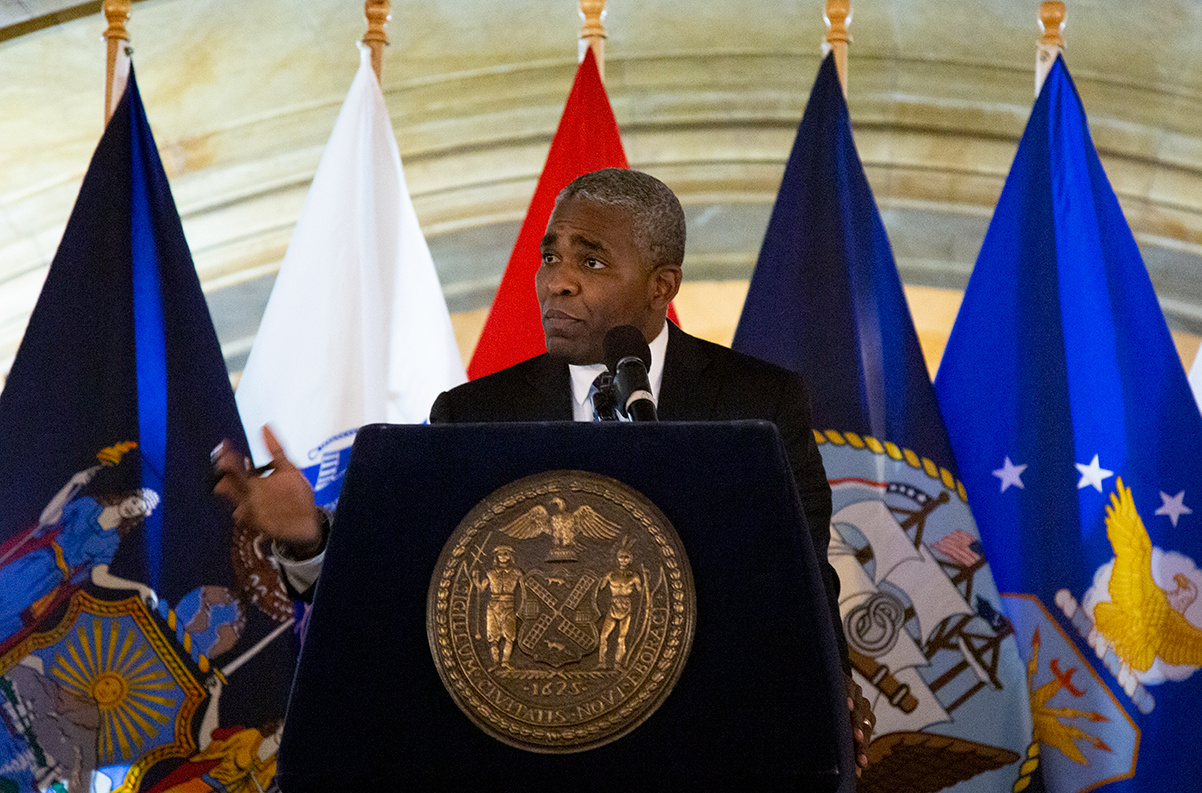 “How do we help people not only accomplish the goals that they have in their lives but be their full self in all ways, mentally and physically?” he adds in an exclusive interview with Veterans Advantage.

Hendon is a graduate of the U.S. Military Academy at West Point, and served in Iraq and Afghanistan. He spent seven years in the US Army as an active duty infantry officer where he deployed as a mortar platoon leader and battalion public affairs officer to Iraq in 2005. He then worked as an admissions officer for West Point the following year and later served as the Senior Advisor to the Afghan Border Police in Afghanistan from 2007-2009.

He continues to serve in the Army Reserves as he takes on this new position in the New York City Department of Veterans’ Services.

He says  this agency seeks to help with the overall well-being of not only veterans but their caregivers, survivors, and families. That includes economic empowerment, entrepreneurship, housing security, and veteran culture. “It brings us together to have this shared heritage, this shared history, and this shared ethos that we can embrace. Opportunities to really shine a light on what that are important.”

One such opportunity was participating in the New York City 2019 Veterans Day Parade last November, his first as Commissioner. Hendon was proud to see such an outpouring of support from the community. 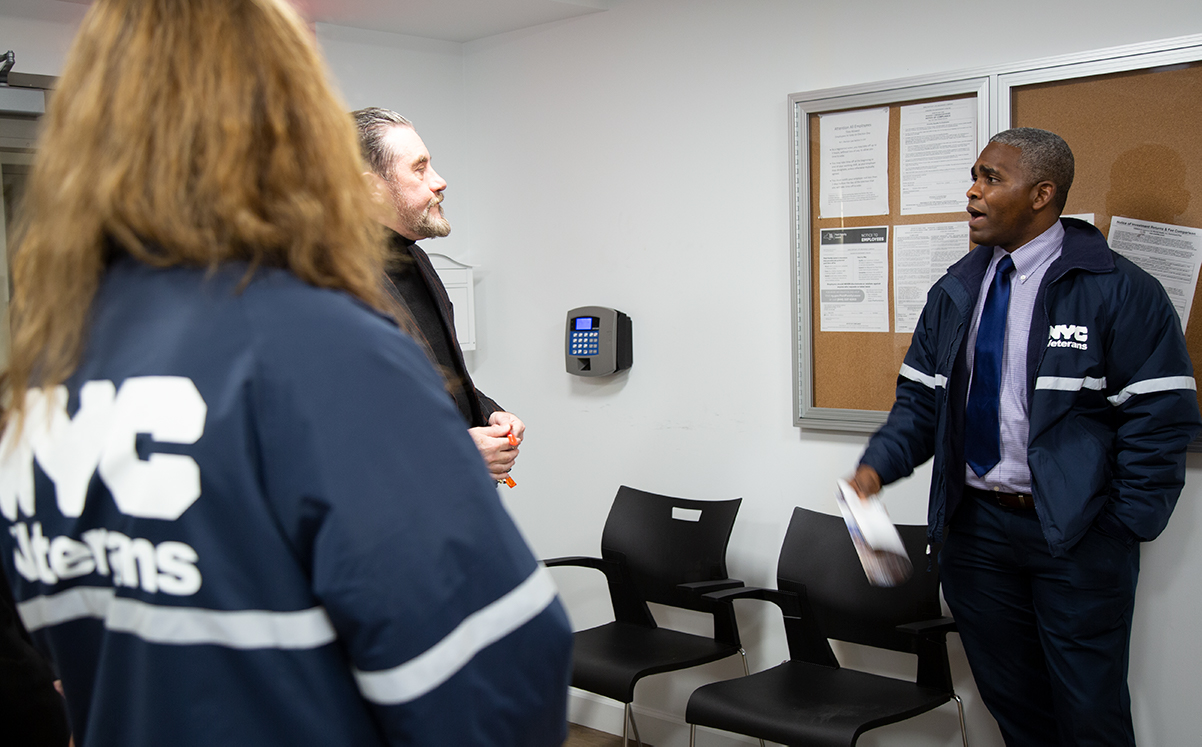 “Everyone is a part of it. Not just the veterans and their caregivers, survivors, and families but great organizations like Veterans Advantage that really go out of their way for these things that we’re about. We truly appreciate all the incredible work that you do.”

He feels positive about the team around him as well.

“What I enjoy about this job is the same reason that I’m still in the Reserves, which is being in the foxhole with great people doing a great mission. The people to my left and right are servants through and through and are selfless people, hands down. All of us are one team and one fight.”

That desire to help others was instilled early in his life. His parents were divorced, which led to a childhood of frequent moves and spending time with various family members. But he remembers that “an enduring piece of it was constantly being mindful of service, importance of decency, being a good person, and a sense of discipline and being grateful for things. It gave me a great appreciation for what I had, and for this country, when you see so many sides of the railroad tracks.”

During his high school years, he learned of an opportunity to join the JROTC. His grandmother took him to high school orientation and told him, “If you don’t sign up for that group, you’re not driving home with me.” He also joined the student government and he’s been doing something for the military ever since. Both of his grandfathers served – one in the Navy and one in the Army. 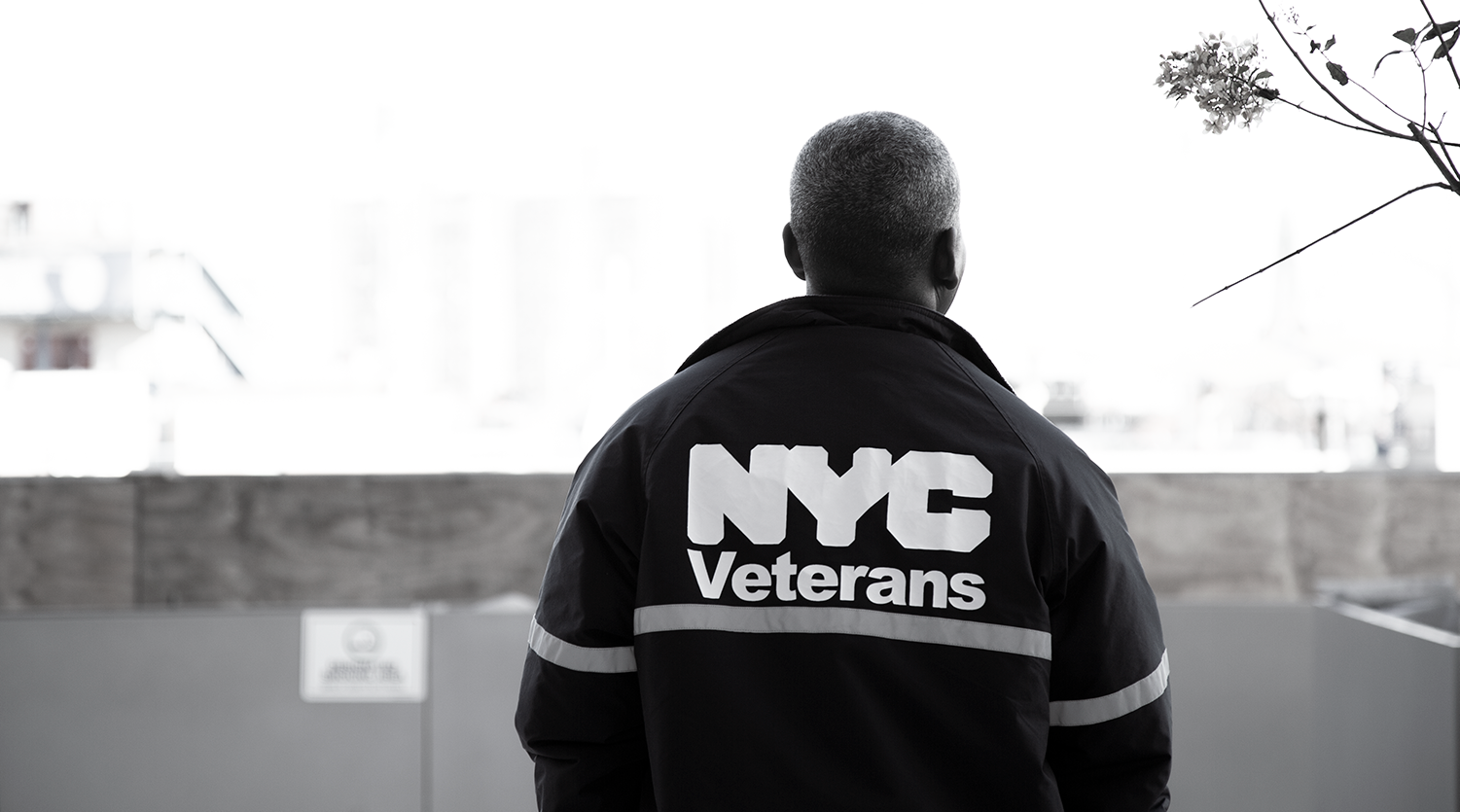 He credits his father’s  dedicated work ethic as a strong influence, yet it was seeing the film Crimson Tide with his mother that first sparked his interest in military academies. He went on to graduate from West Point, and later from Harvard Kennedy School and Columbia Business School.

Even though he never planned on living north of Orlando (“it always gets cold up here…”), he met his wife from the Bronx and remained in New York. They have a two year-old son and a five year-old daughter who keep them busy.

“I’d encourage anyone who has it in their heart to serve, to take the leap. Don’t be someone years down the line who looks back and says, ‘I should’ve done it.’ Whatever you do, don’t yield to fear.”

Hendon believes selflessness is the number one strength of veterans – a quality he exhibits himself. “There is something about a man or a woman who puts their hand up and says I will completely give my life over for the rest of the people in this country, without asking questions, without getting involved in politics, without overthinking it.” That commitment and passion remains even after taking off the uniform. “That’s what really dignifies veterans.”