Nearly 40 years after his moment of military heroism, Medal Of Honor (MOH) recipient Paul W. “Buddy” Bucha stands as more than a role model. He’s in the business of showing people how to become role models themselves.

His latest effort is to serve as the Congressional Medal Of Honor Society designate for The Above & Beyond Citizen Honors, a unique program honored through the Congressional Medal Of Honor Society. It includes a nationwide search of nominees in each state, and culminates in a national broadcast and awards ceremony next March, almost to the day of the 40th anniversary of the fateful battle that thrust Captain Bucha in a heroic and deadly spotlight.

More on that in a separate Veterans Advantage report and interview with Paul W. Bucha

"We hope that this unique honor will help establish, support and recognize the profound notion that within each and every person lies the potential to challenge one's own destiny and change the world." said Paul Bucha, a Medal Of Honor recipient and Above & Beyond designate from the Society. "The Medal Of Honor recipients are ordinary people who, one time in their lives, faced circumstances when they decided that destiny, as they understood it to be, was unacceptable. They found within themselves the potential to literally change fate. This same potential resides in every American and it is worthy of respect and celebration without the need of a medal or a uniform." 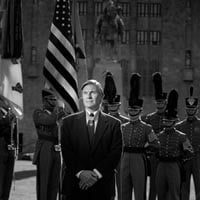 An all-American high-school swimmer and graduate of the United States Military Academy at West Point and Stanford University, he served on active duty from 1965 through 1972.  As Commanding Officer of Company D, 3rd Battalion, 101st Airborne Division in 1968, then Captain Bucha was awarded the Medal Of Honor for conspicuous gallantry and intrepidity in action while leading his troops against enemy forces near Phuoc Vinh, Republic of Vietnam. He also received the Purple Heart in that action.

The citation reads:
During the period of intensive combat, Capt. Bucha, by his extraordinary heroism, inspirational example, outstanding leadership and professional competence, led his company in the decimation of a superior enemy force which left 156 dead on the battlefield. His bravery and gallantry at the risk of his life are in the highest traditions of the military service. Capt. Bucha has reflected great credit on himself, his unit, and the U.S. Army.

In April 1970, at the end of his Vietnam tour, Bucha returned to West Point to teach an accounting course he had designed. After one of his classes, he found a telephone message from Washington. Returning the phone call, he was informed that he had been awarded the Medal Of Honor. He received it on May 14 from President Richard Nixon.

Nowadays, Bucha enjoys success in the private sector, but it comes with a sense of passing on the traditions of heroism. Much of his time includes traveling the country to speak about his experiences in Vietnam and the importance of service. "The one thing that comes out of combat is to appreciate what we're given, because people give up everything they might have become for us," Bucha said, after speaking before Branford College recently.

ABOVE AND BEYOND
Joining Bucha earlier this month in the Above and Beyond announcement included Honorary Co-chairs Former President George H.W. Bush, General Colin L. Powell, USA (Ret.).

“Through the telling of these heroic stories of American citizens and Medal Of Honor recipients, Above & Beyond will seek to remind the nation, especially its youth, that a hero is not necessarily an actor, sports figure or rock star whose worth is measured by ticket sales or fame. Rather, a hero can be someone just like them,” said Gen. Powell.

The CMOH Society, through Bucha’s leadership is encouraging the American public to nominate their fellow citizens who have inspired them through individual stories of courage and service.

In addition to the Above & Beyond Citizen Honors, there will also be an Above & Beyond Spotlight Honor, which will be awarded to a person of character who has used their public spotlight as a platform to honor the men and women of the Armed Forces, and who has selflessly helped those less fortunate than themselves.

SERVICE AFTER SERVICE
Mr. Bucha served as President of the Congressional Medal Of Honor Society from 1996-99.  He is a Founding Fellow of The Cleveland Clinic Foundation; Director of the Asian Institute at Jersey City State College; and Director of the West Point Society.  He is the recipient of numerous honors and awards, including the NCAA Distinguished Service Award, the International Swimming Hall of Fame Gold Medal, and the Ellis Island Medal of Honor.

After leaving active duty, Mr. Bucha served as senior Vice President for the EDS Corporation with responsibilities for international operations in Europe, Southwest and South Asia. He currently on the Board of Advisors of Veterans Advantage, as well as President and CEO of Terra Mark LLC, which was established to pursue real estate projects in environmentally sensitive areas such as waterfront and mountain terrain. Finally, he also has also been president of Paul W. Bucha and Company, Inc. since 1979, where he has been assisting U. S. companies in the export of goods and services overseas as well as in the development and management of commercial, residential, and leisure properties.