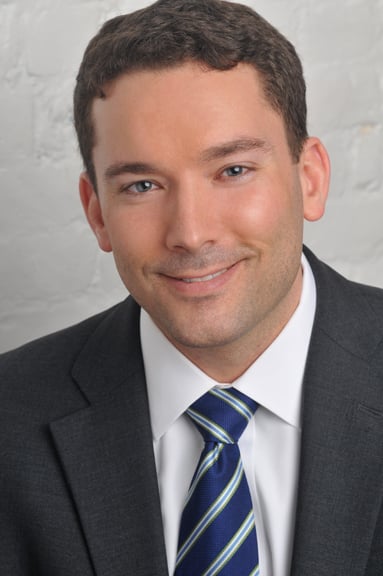 Back from Afghanistan and serving as an officer recruiter in New York City, life seemed full of promise for Marine Mike Abrams. Seated in a diner near New York University and wearing his Marine uniform, he encountered a fellow Marine, Gerry Byrne, who served in Vietnam.

"Hello, what are you doing in my neighborhood?" Abrams recalls Byrne introducing himself. As all Marines do, they immediately bonded, and Byrne – a board member at Veterans Advantage – ended up becoming one of the key influences in Mike Abrams’s life.

"He gave me some well needed, tough advice while transitioning," he told Veterans Advantage in an exclusive interview.

Military service runs in families and Mike Abrams’ family is no exception. He’s always had a strong sense of service, since both his dad and brother have served. And between reserve duty, helping transition fellow veterans to the workforce, and redefining higher education for vets, he is dedicated to giving back, like a fellow Marine and Vietnam veteran did for him years ago.

As the Founder and President of FourBlock, a non-profit organization helping veterans transition into Corporate America, he also recently served as the founding Executive Director of the Columbia Center for Veteran Transition and Integration.

Mike’s adult life started uneventfully, as this small-town upstate New York kid was enjoying school near home as an undergraduate at the State University of New York at Cortland on 9/10/2001, thinking his next step would be to become a coach and gym teacher.

But like so many of his generation, the events of 9/11 were pivotal, sending a young college kid to a recruiting station to "blaze his own path", as his parents always predicted.

"In my mind, we were going to war," Mike said. "Service is something that was instilled in me from my family and my feeling was that this is my turn. This is my opportunity to serve my country in a time of need."

Abrams served on active duty for eight years, which included a deployment to Afghanistan with an infantry company as an artillery forward observer.

SEEDS FOR CHANGE
After leaving active duty, Michael remained in the Marine Corps Reserves and attended New York University’s Stern School of Business, graduating with an M.B.A. in Finance and Entrepreneurship & Innovation. He was looking to break into the business world, but it was a struggle just getting a foot in the door.

"And I was getting really frustrated, seeing this significant divide between service members and those who haven’t served. We were talking past one another, and couldn’t understand each other," he said. "It was almost like we were speaking a different language."

On top of that, if an officer with an MBA faced these challenges, it had to be much more difficult for enlisted service members to break into the job market.

"These were smart, motivated guys who were transitioning out. I felt like they were getting pigeonholed into certain careers because they did not have a college degree, or people were telling them they couldn't go to a four-year school, or couldn't get a job at this particular company, because they were ‘just enlisted.’"

And that became the genesis behind FourBlock -- to help enlisted service members transition into careers with a university-accredited program that provides professional development, career exploration, and networking assistance.

"I wanted to break that barrier for them and provide a hand-up so that they could reach their potential."

What started as an idea quickly began to scale to 15 cities across the country. The idea got the attention of Columbia, which already had a vibrant veterans community, and its dean at the School of General Studies (GS), asked Abrams to climb aboard to help launch a nationally-focused center of excellence to support veterans in transition.

"The engagement with FourBlock was a proof of concept, and we moved to expand it to other VSOs and universities," he said. They then made the move from an in-person lecture-based delivery into a blended course, which now includes comprehensive online engagement as well as in-person classes at corporate locations with professional mentorship.

Now in its 10th year, FourBlock’s flagship Veteran Career Readiness Program, in collaboration with Columbia University, is taught by corporate executives in major cities across the U.S. and serves more than 600 transitioning veterans annually. 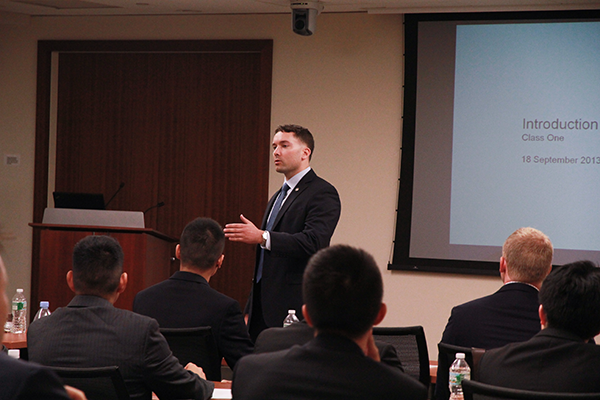 "We are hoping thousands and thousands will be able to take it."

ADDITIONAL ACCOMPLISHMENTS
Mike has co-authored three books; Mission Critical: Unlocking the Value of Veterans in the Workforce, and two editions of a military transition guidebook titled Business Networking for Veterans. He is currently a term member at the Council on Foreign Relations and was recognized as one of the HillVets Top 100 Veteran Innovators of 2016.

Michael is also currently serving in the Marine Corps Reserves as an Action Officer in the Antiterrorism Force Protection Branch, Joint Staff, Pentagon. He was previously the battery commander of the unit in Chattanooga, TN, that sustained a homegrown terrorist attack in July 2015.

"I feel I received much more from the military, from the Marine Corps, than I put in it. The military has always been very good to me and I am very lucky, and I’m still trying to figure out ways to give back," he said.