Four-star general Colin Powell, 65th United States Secretary of State and first Black to hold such a high office, died on October 18, 2021 of complications with COVID-19 and his battle with myeloma, cancer of plasma cells. He was 84 years old, and was an inspiration to millions of Americans, civilians, veterans and today’s military.

His service to our country spanned over six decades, as noted by former President George W. Bush:

“He was a great public servant, starting with his time as a soldier during Vietnam. Many Presidents relied on General Powell’s counsel and experience. He was National Security Adviser under President Reagan, Chairman of the Joint Chiefs of Staff under my father and President Clinton, and Secretary of State during my Administration. He was such a favorite of Presidents that he earned the Presidential Medal of Freedom – twice. He was highly respected at home and abroad.  And most important, Colin was a family man and a friend.”

His impact is clear even among those in government and the military today.

“Colin embodied the highest ideals of both warrior and diplomat,” wrote President Biden in a statement released from the White House following Powell’s death. “He was committed to our nation’s strength and security above all...Time and again, he put country before self, before party, before all else—in uniform and out—and it earned him the universal respect of the American people.”

Born in New York City in 1937, Powell was raised in the South Bronx and the product of a NYC public school upbringing. He earned his Bachelor of Science degree in Geology from the City College of New York in 1958. He joined the Reserve Officers' Training Corps (ROTC) while in school and later received a commission as an Army second lieutenant. He did basic training at Fort Benning, served two tours in Vietnam, and spent 35 years in service, achieving the rank of General. He received Distinguished Service Medals from the Army, Navy, Air Force, and Coast Guard.

"General Powell was an exemplary soldier and an exemplary patriot,” said former President Obama. “General Powell helped a generation of young people set their sights higher. He never denied the role that race played in his own life and in our society more broadly. But he also refused to accept that race would limit his dreams, and through his steady and principled leadership, helped pave the way for so many who would follow."

Powell also chose to inspire and serve outside of public service. As the Founding Chairman of America’s Promise, he was the driving force behind a nationwide movement to improve the lives and futures of America’s youth. 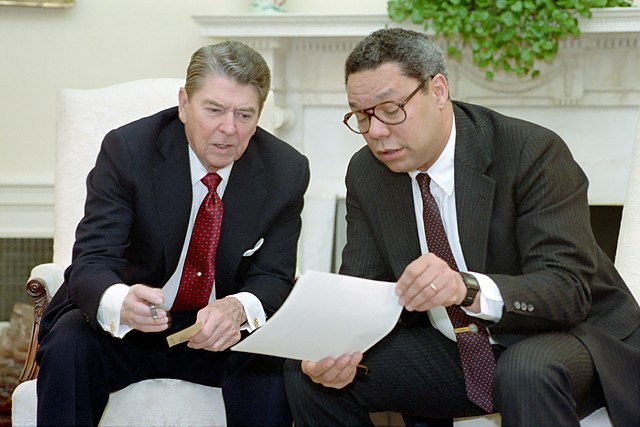 “Colin Powell was and is the personification of the title 'leader' and that being so, he lived and continued to live a life whose foundation was absolute integrity.  No compromises sought. He will always inspire us to be more than we could ever dream was possible and we will miss him terribly,” said Paul W. Bucha, Medal of Honor recipient, fellow Vietnam War veteran, and Veterans Advantage board member.

Powell wrote his autobiography, My American Journey in 1995 and another book, It Worked for Me, Lessons in Life and Leadership in his retirement in 2012.

In his first memoir, he wrote, “Leadership is solving problems. The day soldiers stop bringing you their problems is the day you have stopped leading them.”

Powell underwent treatment for prostate cancer in 2003 and was diagnosed with myeloma in 2019. He also had Parkinson’s and the combination of comorbidities made him immunosuppressed when he tested positive for COVID-19. He had been double vaccinated and was treated at Walter Reed National Medical Center.

Powell’s passing comes only a week after another important general passed away, General Raymond T. Odierno, the former Army Chief of Staff who is best known for leading the surge of forces in Iraq over a decade ago.

Powell is survived by his wife of nearly 60 years, Alma, and three children.