Songs like “Lean on Me,” “Ain’t No Sunshine,” and “Just the Two of Us” are staples of the 1970s that still ring relevant today. Singer/songwriter Bill Withers gave us these catchy classics, but many people don’t know that he served in the Navy for nine years.

In fact, after passing away from heart complications in March, the United States Navy Memorial announced he would posthumously be awarded the Lone Sailor Award. This distinctive decoration is awarded to sea service veterans who have excelled with distinction in their respective careers during or after their service.

Withers was one of six children growing up in Slab Fork, West Virginia. He enlisted in the Navy at age 17 as a way out of his small town. He served from 1956-1965, primarily as an aircraft mechanic. 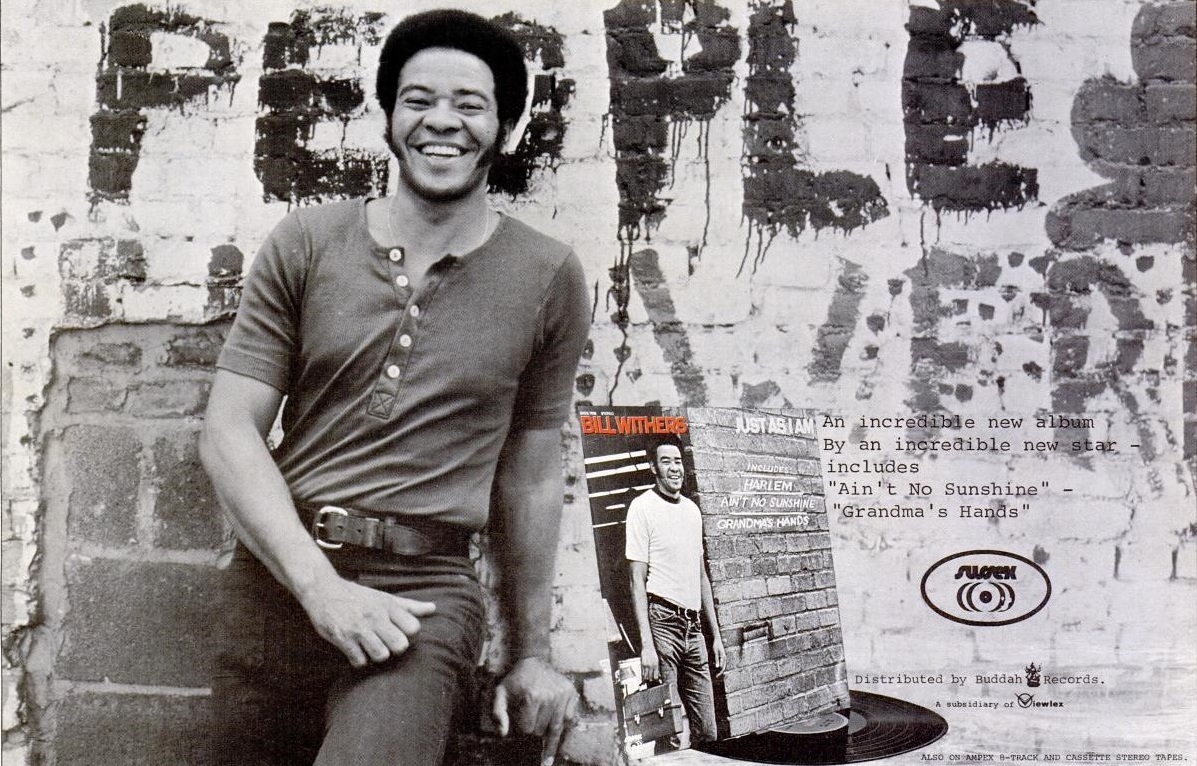 Bill Withers in a 1971 ad promoting his album, Just as I am

He told Rolling Stone, “My first goal was, I didn’t want to be a cook or a steward…so I went to aircraft-mechanic school. I still had to prove to people that thought that I was genetically inferior and wasn’t too stupid to drain the oil out of an airplane,” commenting on being a black soldier when the armed forces had been desegregated only eight years prior to his enlistment.

He famously and courageously overcame a childhood stutter while serving in the Navy, said the U.S. Navy Memorial in Washington, D.C., in a statement "There are stories about Withers going on liberty with his fellow sailors as he developed his musical talent and became interested in singing and writing songs."

Two years after he was discharged, he moved to Los Angeles to pursue his music career. He initially supported himself by working at an aircraft parts factory until he signed his first record deal with Sussex Records. His first album “Just As I Am” included the song “Ain’t No Sunshine,” which, in 1972, won him the first of three Grammy Awards.

However, his success brought legal trouble with his label.

“They weren’t paying me,” he told Rolling Stone. “They looked at me and said, ‘So, I owe you some money, so what?’ I was socialized in the military. When some guy is smushing my face down, it doesn’t go down well. Since I was self-contained and had no manager, my solution was to erase the album. I don’t even know which one it was, but it’s gone. In hindsight, I have some regret and could probably have handled that differently.”

When Sussex Records folded in 1975, he signed with Columbia Records, but lost some of the control over his own music. There were tensions between him and the executives including some racially driven issues. Even still, he went on to win two additional Grammy Awards (for “Just the Two of Us” and “Lean on Me”) and was nominated for six more. He was inducted into the Songwriters Hall of Fame in 2005 and the Rock and Roll Hall of Fame in 2015. Though he chose to stop making music around 1985, his lyrics remain popular to this day.

One of his lesser-known tracks was “I Can’t Write Left-Handed,” which was written from the perspective of a wounded warrior. It was one of the first songs to address the PTSD that many Vietnam Veterans had experienced following the war. Instead of making any political statement, the song gave voice to a soldier who had lost his right arm.

“Bill Withers exemplifies the men and women of our sea services who develop their character and talents while serving in the military and go on to live lives of consequence,” said Rear Admiral Frank Thorp, President and CEO of the Navy Memorial. “Bill Withers has literally touched every American’s life over the last fifty years and, through his music and his example, has made our world a better place.”