America’s pastime also has an American patriot at the top. Vietnam Army Veteran Bob DuPuy is president and chief operating officer of Major League Baseball (MLB), leading day-to-day operations for his high-profile boss, Commissioner Bud Selig, and helping navigate the MLB through unprecedented growth during one of the most controversial periods in its history.

MLB’s Internet operations alone represents a period of phenomenal growth on DuPuy’s watch, especially since the Internet bust of 2000, when it had revenue of $5 million. 2005 revenue was estimated at $265 million, up 92 percent from 2004. MLBAM includes its main Web site http://mlb.mlb.com and all the team Web sites.

"Somebody once described my job as trying to catch the eggs before they hit the ground," DuPuy once told USA Today. "When somebody’s got an egg that’s in the air, they’ll generally call me and see if I can catch it."

As if those duties are not enough, he is also accustomed to being in the hot seat for the pro league which brings in nearly $5 billion in revenues. He has served as Selig’s point man in the numerous controversial issues, from Pete Rose’s possible induction in the Hall of Fame, relocating the former Montreal Expos to Washington D.C. (now called the “Nationals”), to the blockbuster steroid controversy currently surrounding the sport.

"The job is essentially a problem-solving job. Every time you get one accomplished, it’s like doing a crossword puzzle," DuPuy says. "I take satisfaction from that."

"Given Sen. Mitchell’s integrity, given his background, he was absolutely considered to be the perfect choice for this job," DuPuy said. He added that baseball had the power to force players to cooperate.

"Should Sen. Mitchell uncover material suggesting that the scope of this investigation needs to be broader, he has my permission to expand the investigation and to follow the evidence wherever it may lead," Selig also said.

DuPuy’s origins as a baseball man began in 1989, when he was brought in as outside legal counsel. He negotiated the settlement of the collusion grievance in 1990, and served as the principal outside counsel to the Commissioner and the Executive Council from 1992 until 1998, when Selig hired him as the MLB Executive Vice President of Administration and Chief Legal Officer. In that capacity, DuPuy oversaw the consolidation of the American and National Leagues into Central Offices, the consolidation of MLB’s office in Washington, D.C., and the formation of Major League Baseball Advanced Media as its initial Chief Executive Officer. 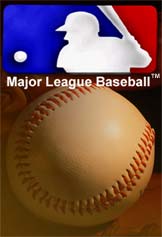 The son of a wholesale paper merchant who played and officiated in the American Hockey League, DuPuy grew up in Branford, CT, as a Yankees fan and later a Mets fan. He later received an A.B. from Dartmouth College in 1968 and a J.D. from Cornell in 1973. There, he was Editor-in-Chief of the Cornell Law Review. He saw military service with the U.S. Army from 1968 to 1970 and served a year in Vietnam in the 504th Military Police Battalion, I Corps. When he returned from Vietnam, he was stationed at Fort Lee, near Petersburg, Va., where his love for baseball expanded.

"Edie (his wife of 34+ years) and I would drive to Richmond (Va.) Braves games, and that’s when she learned how to keep score," he says. "Richmond had Ralph Garr, Dusty Baker - Luis Tiant was pitching for Louisville. Edie still has the scorebooks. In fact, whenever she was pregnant (the DuPuys have four grown children) she’d write possible names for our children in the scorebooks. She’s a big baseball fan."

After receiving his law degree, DuPuy joined Foley and Lardner, the nation’s 11th largest law firm, in 1973, becoming a partner in 1980. He taught legal ethics and professional responsibility at the University of Wisconsin Law School, from 1985-1998, and has lectured nationally on the subject.