"My fellow Americans, I give you the heroes of the future who will carry us back to the Moon and beyond,” said Vice President Mike Pence last week while announcing the astronauts assigned to NASA’s Artemis team from the Kennedy Space Center in Florida. Twelve of the eighteen men and women selected to head to the moon in the coming years have served in our military.

With the Artemis program, NASA will land the first woman and next man on the Moon by 2024, using innovative technologies to explore more of the lunar surface than ever before. Then, they will use what they learn on and around the Moon to take the next giant leap: sending astronauts to Mars.

The name Artemis is historically significant. According to Greek mythology, she was the twin sister of Apollo, who was named for our nation’s first moon landing missions of the 1960s and 1970s, 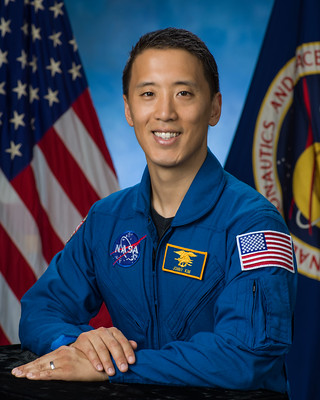 “Artemis and our mission to the moon is no longer some far fetched dream or some science fiction ideas. This is reality. We are going,” said U.S. Marine Corps Lieutenant Colonel Nicole Mann, who deployed twice aboard aircraft carriers in support of combat operations in Iraq and Afghanistan.

Col. Mann is one of the nine women chosen for the team. Mann flew F/A-18 Hornets with Navy and Marine combat-coded squadrons and spent time assigned to VX-23. She was the Joint Mission Planning System-Expeditionary Integrated Product Team Lead within the Naval Air Systems Command's Strike Planning and Execution Systems officer when NASA selected her for astronaut training in 2013.

Speaking about the major steps forward in technology and opportunity in space travel, another on the Artemis roster, Navy Captain Scott Tingle, said, “This is the next step in evolution, to be able to take systems and hone our processes and get our operations down so we can set up camp in a place that’s different from earth, so that we can conduct science that will better human kind.” Tingle was commissioned as a naval officer in 1991 and was selected by NASA in 2009. The Massachusetts native most recently served as Flight Engineer on the International Space Station for Expedition 54/55.

U.S. Navy SEAL Jonny Kim is another standout astronaut assigned to Artemis. A Korean-American, he enlisted in the Navy as a Seaman recruit after graduating high school in 2002.  Kim completed more than 100 combat operations and is the recipient of the Silver Star and Bronze Star with Combat “V.” Among his accomplishments are completing a Doctorate of Medicine at Harvard Medical School in 2016.

“Exploration is written in our human DNA,” Kim explained. “It makes me immensely proud to be part of an organization to achieve such a monumental challenge like returning to the moon. I am an astronaut and I have this incredible opportunity to serve my country and humanity.”

Several of the team members related their work with NASA to their service in the military.

U.S. Navy Lieutenant Commander Kayla Barron felt the call to serve after September 11. ”It really made me realize that I wanted to serve and commit myself to something that was bigger than just me,” she said. Barron graduated from the U.S. Naval Academy with a bachelor’s degree in Systems Engineering and was selected by NASA to join the 2017 Astronaut Candidate Class. She was among the first female officers to serve onboard one of The Navy’s submarines and is now in the running to become one of the first women to land on the moon.

Among the military pilots on the roster is U.S. Air Force Colonel Raja Chari. He graduated from the U.S. Air Force Academy in 1999 with bachelor’s degrees in Astronautical Engineering and Engineering Science. He then earned a master’s degree in Aeronautics and Astronautics from Massachusetts Institute of Technology and graduated from the U.S. Naval Test Pilot School.

“Every phase of my life I had doubt, whether it was at the Air Force Academy and wondering if I could survive basic training, whether it was at MIT, or even pilot training failing check rides, thinking maybe I’m on the wrong path. But in all those events I’ve been blessed to have a supportive family, supportive spouse, supportive mentors and leaders who helped me at the time realize that these are setbacks and you get better by tackling those head on,” Chari said.

“My previous job (in the military) was to keep the world from going backwards. This job is about getting the world to go forwards,” he said.

Military & Veterans News Scott's View: The War in Afghanistan: 20 Years Later We learned this week of the President’s decision to withdraw our last 2500 troops remaining in Afghanistan, effectively ending our longest war.
Discounts & Benefits Scott's View: New Exclusive for Spring: Exclusive Plants.com Discounts We're proud of our longtime partnership with 1800Flowers, which continues to grow with new lifestyle-enhancing benefits exclusively for Veterans Advantage. This week, we unveil 20% VetRewards Exclusive savings with Plants.com.
Military & Veterans News Scott's View: Remembering our Vietnam Veterans This past week our nation recognized Vietnam Veterans Day to honor the service and sacrifice of Vietnam Veterans. The official day, March 29 was designated by our nation only 4 years ago. It’s been a long time coming.
Discounts & Benefits Scott's View: Remember the Medal of Honor This week’s “National Medal of Honor Day” was created to “foster public appreciation and recognition of Medal of Honor Recipients.” As a board member of the Congressional Medal of Honor Foundation, this day holds special meaning for me. It is our nation’s highest military honor and represents the six values of courage, sacrifice, patriotism, citizenship, integrity, and commitment. David Semour, a West Point graduate, Army veteran, chief operating officer of American Airlines and a partner of Veterans Advantage, leads the Foundation as its Chairman.