Every November the halls of the Pentagon are torn apart in one of the biggest and oldest rivalries in college sports: the Army-Navy Game, presented by USAA. While the outcome of the game may no longer affect who will win the College Football National Championship, it will affect the interpersonal relationships within the Department of Defense for days, maybe weeks after. It also may affect who gets the biggest prize of all, The Commander-In-Chief’s Trophy and a trip to the White House to have it presented personally by the President of the United States. So yeah, it’s about a lot more than pride. The game is a spectacle, full of more than 100 years of traditions, pranks, and the best military showmanship the two service academies can muster.

Ranging from highly-polished, well-produced masterpieces to simple iPhone-shot music videos, West Pointers and Annapolis midshipmen shoot, edit, and publish numerous videos about how their school is going to beat the other school, how their school is superior to the other school, and how their culture is more fun. It’s not just students and staff, either. All over the world, troops and graduates make their own videos and upload them to YouTube, DVIDS, and anywhere else someone might see their work of art.

For one semester every year, the U.S. Military Academy and the U.S. Naval Academy choose select members of their classes to attend the rival school. At the beginning of the annual Army-Navy Game, these students are returned to their proper academy. The swap at the beginning of the game is known as “The Prisoner Exchange.”

If you’re into watching military formations on the march as a military band plays on, be sure to catch the pre-game events before the Army-Navy kickoff. One of these events is called “The March On,” and features the entire student bodies of both service academies marching in formation across the open field. It’s really quite a sight.

The Army-Navy Game always starts with a huge show of military power, either in the form of Blue Angels flyovers, Army helicopters, the Army’s Golden Knights Parachute Team, the Navy‘s Blue Angels, or who-knows-what-else. This pre-game display is always an awesome sight. 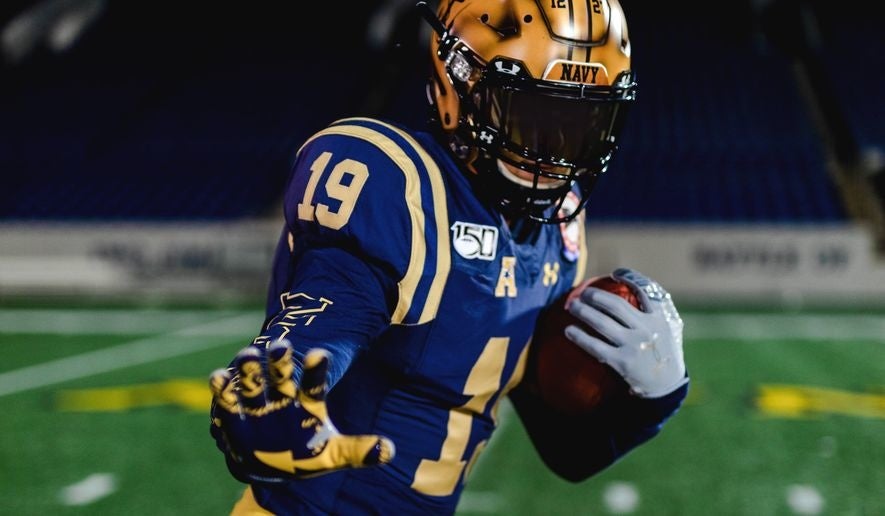 Every year, both Army and Navy take the field in their newest digs, ones designed to honor a part of their individual histories or traditions. Past uniforms have honored Army World War II Paratroopers, the 10th Mountain Division, and types of Navy ships.

When the Commander-In-Chief is present at the Army-Navy Game, he has traditions of his own he needs to follow. Of course, the POTUS is the person in charge and can do whatever he wants, but is always expected to cross the field at the 50-yard-line at halftime and watch the game from the other side, a tradition dating back to President Woodrow Wilson.

No matter who wins or who loses, both teams will not leave the field without singing both schools’ alma maters. The winners go to the losing team’s fans and sing to them, taking the sting out of such a rivalry loss (at least a little bit). Then the two teams will sing the winners’ song.

This article originally appeared on We Are The Mighty. Read more of their great content here.