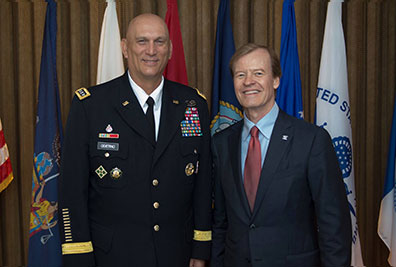 I want to take a moment to recognize the passing of General Raymond T. Odierno, a key leader of American forces in Iraq during the height of our country's war there. He died at 67.

The son of a World War II Army sergeant and father to an Army platoon leader who also served in Iraq, Gen. Odierno served three tours in Iraq from 2003 to 2010, ultimately becoming the chief commander of all allied forces in the country. He later became the chief of staff of the Army.

His son, who lost his arm to a rocket-propelled grenade in Iraq, was also chairman of the Wounded Warrior Project.

As a fellow Army veteran, I had the honor of meeting the general at the Army Birthday celebration a few years ago in New York City. I found him a genuinely sincere man, and a man who dearly loved his troops and country. We remember him with gratitude for his leadership during a challenging time for our military.