At Veterans Advantage, we absolutely love hearing from our members! We were overjoyed when VetRewards member Stan Coerr wrote in to tell us how he used his membership discounts and benefits to take his wife on a romantic trip to Madrid.

Since Stan is a published author, we let him take the spotlight and tell his own story of getting more with VetRewards!

When I first got an email from Veterans Advantage, I, like many people, thought it was just a come-on....a fly-by-night organization, latching onto veterans to boost their own status.  Everyone now - everyone - wants to align themselves with military veterans, the most-trusted group of people in the United States.

So, I ignored it.

A few days later, I went back and really looked at what Veterans Advantage has to offer.  I got more interested....and figured, at worst, that I would spent a few dozen dollars and buy a couple of things here and there.

Once I joined, I quickly realized how great it was! I have used Veterans Advantage to buy everything from toothpaste to a trip to Madrid.

I hold degrees from Duke, Harvard and the Naval War College. 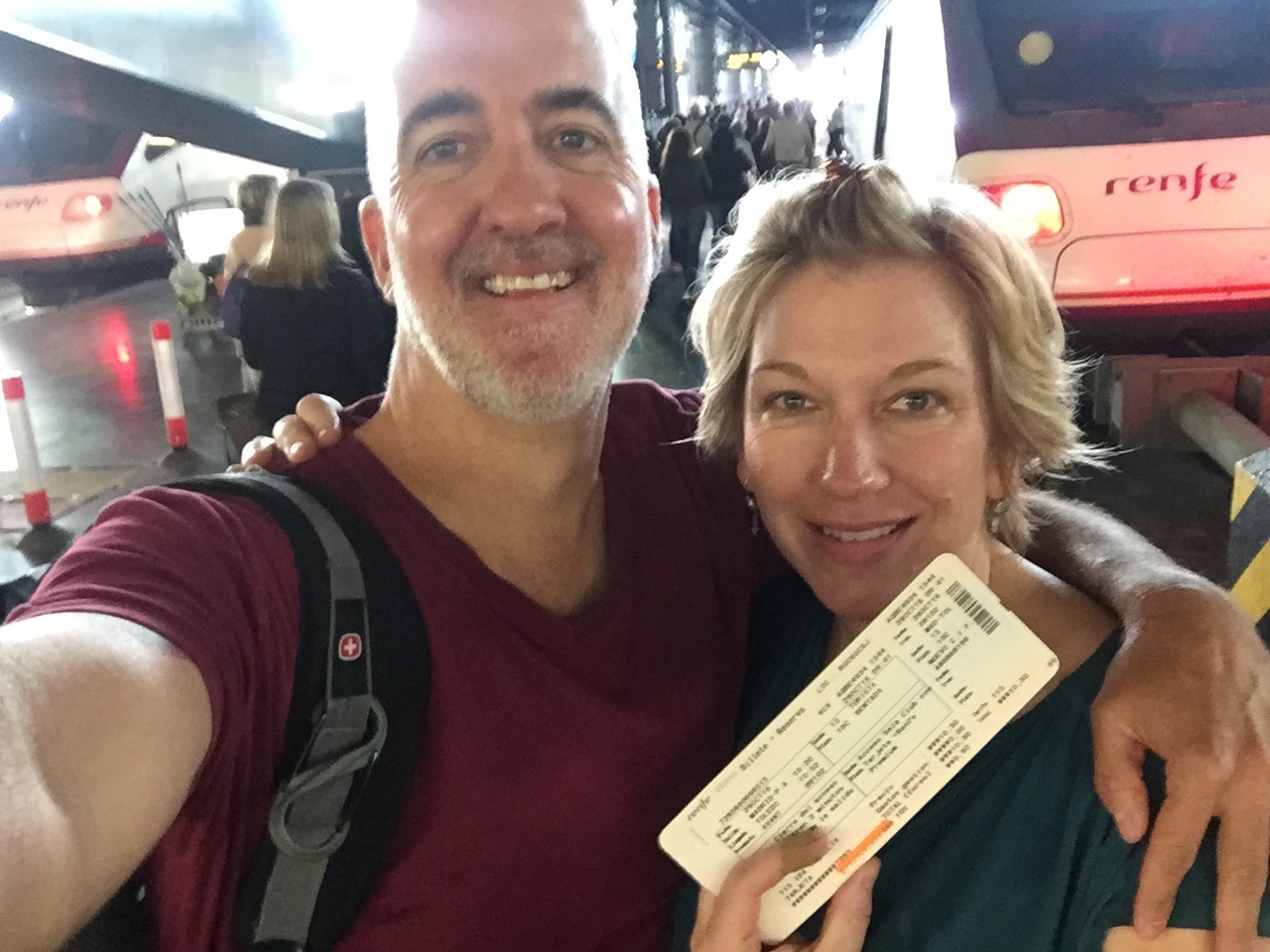 I spent twenty-five years in the Marines, active and reserve.  I was a Cobra attack helicopter pilot as well as serving with ground and parachute units:  infantry, reconnaissance and Air-Naval Gunfire Liaison Companies (ANGLICOs) for much of my career.  I went over the border into Iraq on the first night of the invasion in 2003, saw combat in the southern part of the war zone, and retired in 2014.

My wife, Robin Foster Coerr PhD, and I met five years ago, and were married in June 2016. We fell in love at our first meeting in 2012, connecting over a love of books and history and art and culture. She is an expert in museums, so for Christmas 2015 I surprised her with a trip to Madrid, a city to which I have been twice and which I knew was a walkable, welcoming center of European culture, art, history and monarchy.

When I came up with the idea to surprise her with a trip to Madrid, a place of which we had always spoken, I wanted to present her with everything:  tickets, hotel reservations, the whole thing.  I got a calendar, figured out when both of our jobs and all of our six boys would free us to go, and mapped out my plan.  But how to do it? I tried Expedia, Kayak, the airlines and hotels directly....but I always had the suspicion I was getting a bad deal, that somehow they were hiding things from me.

I went online with Veterans Advantage Travel.  And I found everything I needed:  a great plane flight, direct, for probably half what I would have paid somewhere else.  VA had a hotel deal for a boutique hotel, the NH Collection, directly across the street from two of the most important art galleries in the world.

And most important:  TravelProtection™ provides a travel agency, that lost art form nowadays but one which gives you peace of mind that there is someone there to answer those tough questions.  I used them several times, both in writing and over the phone, and the folks were efficient, knowledgeable and mentally tough. They got things done!

I will never forget the look on Robin's face when she opened my gift....and the tears of joy when she realized how wonderful this was going to be.

We spent six wonderful days there.  We saw priceless works of art.  We ate tapas and drank wine...we watched the sunset over one of the largest castles in the world, clapped and cheered for the flamenco dancers, stood before the bar where Ernest Hemingway used to hang out. We did it all on foot, walking six to eight miles a day, and collapsed into bed every night and woke refreshed and ready to learn more the next morning.

I spent more than $3000 on this trip.  I did all of it through VA....and I put complete faith in them.  They booked me on an airline and into a hotel I had never heard of.  This could have gone very wrong: we could have been stranded in a country where we did not speak the language.  The flight over was flawless, the hotel wonderful and charming, the city perfect.

Veterans Advantage came through with flying colors. The trip was a complete success, and I am certain that I saved at least $2000 through the package deal you folks offered.  That one transaction paid for my VA membership for the rest of my life.

I use VA for everything:  drugstore, travel, printer ink, car rental, hotels, sending flowers to mom for Mother's Day.  Everything.

But here is the thing;  I never make any transaction WITHOUT consulting VA first. And that is the point. Everything you do, all the money you spend in your daily life, Veterans Advantage has thought about.  They are my first and last stop before I do anything.  I have spent maybe $200 on membership over the past several years, and have saved at least $3000 in benefits. People need to join!

Everything we do in this world is a transaction.  Join VA.  Your membership will pay for itself the first time you use a big discount on even a minor purchase....and then it is profit.  I didn't believe it until I lived it, and now I am a member for life.

Thanks so much to Stan for sharing his story, and for his service to America as a member of the United States Marine Corps.

If you have a story of your own that you would like to share with us, please don't be shy! It really tugs at our heartstrings and makes the hard work we do every day more than worth it when we hear stories like yours.

Tell Us Your Story here and we will share it with our readers!